Guitarist-Singer-Songwriter/Cover Artist Jeff Kloetzel performs songs from a diverse catalog, running the gamut from driving modern tunes to subtle timeless ballads. Influenced by many musical genres including pop, rock, folk, blues and contemporary island, there should be something for everyone in Jeff's set list. His original songs are fueled by his rhythmic guitar work and soulful vocals. 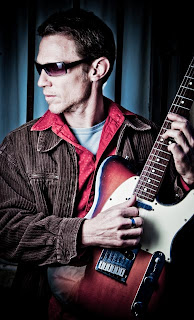 Kloetzel has strummed guitar strings from a young age. A self-taught player from a musical family, he played with many artists and groups in Hawai'i including Johnny Helm, Jake Shimabukuro, Bruce Shimabukuro, John Cruz and Guy Cruz . His recorded work and compositions can be found on many CD's with a variety of artists and on his own indie label (Kamananui Records LLC). Jeff has performed around the USA (MD, VA, MT, ID, OR, WA, CA, HI) as well as in Japan (touring with renowned ukulele magician Jake Shimabukuro). He's also had the good fortune to have been a member of bands opening shows for the likes of Jackson Browne, Gregg Allman, Jack Johnson, Gavin DeGraw, and Aimee Mann.  Since moving to Oregon, Jeff has been the local opening act at the renowned Britt Festival for 70's supergroup America, Boz Scaggs, Natalie Merchant, Gavin DeGraw, Matt Nathanson, Jake Shimabukuro, Rick Springfield and Leo Kottke.

Jeff lives and performs in Southern Oregon's Rogue Valley.  He enjoys playing in wineries, concerts, restaurants, and fairs all over the valley.  In addition to being a solo acoustic performer, he also plays on occasion with the band Jeff K & OverTones and in the guitar duo State of JEFF (with Jeff Stanley).

Promote Your Page Too
RECOGNITION & AWARDS:

* 5/28/12 ~ Jeff won the 2012 RISING STARS Music Competition held in Southern Oregon. The win included a recording session, various prizes and an opening performance slot at the Britt Festival for the Natalie Merchant concert.